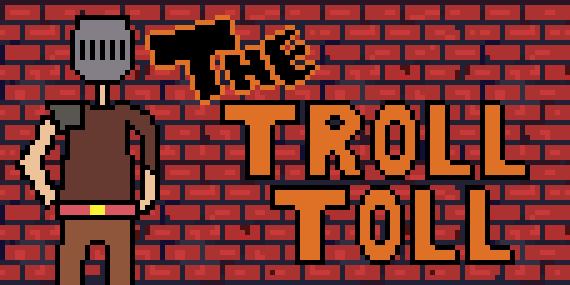 The Troll Toll is a 2D platformer from the development staff at Paxsman©™ studios. The Troll Toll is a game all about a knight named Lance and his unwillingness to pay the toll that the local trolls have set up. While this may sound like a standard tale of dastardly trolls being medieval highwaymen, these trolls were actually hired for their building expertise. They collect tolls as a mandate from the very king Lance swears to, but Lance is too arrogant and foolish to listen. Lance refuses to pay the legally required toll, so the trolls make the bridge into a deadly castle that becomes the only way to pass. Of Course he could just pay the toll and not have to venture through the labrinyth, but that'd be too simple.